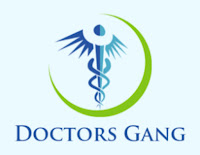 Diclofenac gel contains the active ingredient Diclofenac, which is a type
of medication called a NSAID or non-steroidal anti-inflammatory drug.
NSAIDs are used to relieve pain and inflammation.When Diclofenac  sodium gel is applied Topically. it is absorbed through the skin into the underlying tissues of the affected are,where it reduces pain, strain and inflammation in the local area. The Diclofenac Sodium gel should be gently massaged into the skin over the affected area.

Diclofenac Sodium gel act by blocking the action of a enzymes in the body called COX or cyclo-oxygenase. Cyclo-oxygenase is involved in the production of various chemicals(Such as prostaglandins) in the body,  Prostaglandins are produced by the body in response to injury,trauma and certain diseases and painful conditions, and cause pain, swelling and inflammation.Diclofenac Sodium blocks the production of these prostaglandin production pathway and by which it effective at reducing pain & inflammation.

You can use for the local symptomatic relief of pain and inflammation in :

You can applied this products following advice.

Diclofenac gel should be rubbed gently into the skin. Depending on the size of the affected site to be treated 2 to 4gm (a circular shaped mass approximately 2.00-2.50 centimetre in diameter) should be applied 3 – 4 times daily. After application of medication , the hands should be washed unless they are the site being treated.

For Use in the elderly patients :

The usual adult dosage may be used.

For Children and adolescents patients :

There are insufficient data on efficacy and safety available for the children and adolescents below 14 years of age.
In children aged 14 years and over, if this product is required for more than 7 days for pain relief or if the symptoms worsen the patients are advised to consult a physician.It is suitable for the transmission of ultrasound wave and may be used as a couplant in combination with ultrasound therapy. If large areas of the body are covered with gel, systemic absorption will be greater and the risk of side-effects increased, especially if the therapy is used frequently

You can fell some unwanted effect sometimes, when you fell following side effect consult your physician immediately or stop the drugs.

Use in Pregnancy and Lactation:

Diclofenac sodium  is contraindicated during the third trimester of pregnancy.
Like other NSAIDs, Diclofenac sodium passes into breast milk in small amounts. However, at therapeutic doses of this product no effects on the suckling child are anticipated. Because of a lack of controlled studies in lactating mother, the product should only be used during lactation under advice of your gynaecologist.Under this circumstance, this medication should not be applied on the breasts of lactating mothers, nor elsewhere on large areas of skin or for a prolonged period of time.

The possibility of systemic adverse events from application of Diclofenac sodium gel cannot be excluded if the preparation is used on large areas of skin and over a prolonged period. Concomitant use of NSAID’s should be cautiously as the incidence of unwanted effects, particularly systemic adverse-effects, may increase. Diclofenac gel should not be co-administered with other medication which contain Diclofenac sodium. Diclofenac sodium gel should be applied only to intact, non-diseased skin and not applied to skin wounds,ulcer or open injuries. It should not be accept to come into contact with the eyes or mucous membranes, and should not be ingested.
★Discontinue the medication, if a skin rash develops after applying Diclofenac sodium. Diclofenac gel can be used with non-occlusive bandages but It should not be used with an airtight occlusive bandages or dressing. Some possibility of GIT bleeding in those with a significant history of this condition has been reported in isolated cases.

Since systemic absorption of Diclofenac sodium from a topical application is very
low, such interactions are very unlikely. There are no known interactions
with Diclofenac gel but for a list of interactions known with oral Diclofenac
the data sheet for oral dosage forms should be consulted

If you think there has been any overdose of NSAID (such as Diclofenac) , call your physician or poison control center immediately or get medical care right away. Be ready to tell what was happen to you and also tell what is taken and how much amount.

Diclofenac is a NSAID. NSAID have no any specific antidote for It’s poisoning. When devlop high anion metabolic acidosis( Due to accumulation of acidic metabolite) for NSAID poisoning, patients need to emergency and supportive care with IV sodium bicarbonate.