In our country, the mentally ill are being subjected to scrubbing, watering, oiling, dipping in water, being chained and treated with various poetic treatments. Among them, schizophrenia patients are the victims of superstition and malpractice. Schizophrenia is a serious mental illness that can affect adolescents, men, and women, but is more common in people aged 15-25. Patients do not understand what his problem is, why he is taking medicine why he is going to the doctor.

1. Genetic Cause:Genetic abnormality is the major cause of the diseases. 2. Environmental Causes: Some environmental causes and others diseases also responsible for it.3. Canabis: canabis is also risk for schizophrenia

How do you know if your relative is suffering from schizophrenia?

The main symptomsof schizophrenia are:

People walking down the street seem to be looking at him with special eyes, smiling at him, criticizing him.

These misconceptions can be expressed in different ways. It depends on the patient’s age, religious consciousness, educational qualifications, social status. For example, the surrounding people are harming him, trying to kill him by mixing poison in food and water, trying to harm him socially and economically.

Even if you do not speak the secrets of the patient’s mind, the people around you know — some people find out through wires, phones, telescopes or some other unknown device.

The patient’s activities, thoughts are controlled by someone outside himself or herself, Such as :

1. This is laughing again crying for no reason.

4. Standing in the bathroom for hours.

5. Not wanting to mix with people.

6. Living confined to a solitary home.

7. Suddenly setting fire to clothes or anything else.

8. Wandering outside (day after day) but never before.

9. Lost like hiding under a bridge, in a shrine, in a secret place.

12. Take off your clothes in front of everyone.

13. Putting one’s own toilet-urine in the mouth, and putting it on the wall.

1. Hearing the voice of the unseen: There are no people around, but the patients can hear: Some people can hear very clear words 2/3 people are talking to the patient.

2. When again the whisper sounds like the call of a bird. Because of this, many people sit up with their ears or fingers crossed.

3. The nose smells of something special.

4. Feeling we have, ‘Run out of gas, ‘ emotionally. If the above symptoms disrupt the patient’s education, family life, career and social life, and the symptoms last for more than 6 months, then we can think of him as schizophrenia. With proper treatment; and family sincerity, patients can get back their careers and family life.

When a patient have two or more of the following symptoms present at least six month then you can called schizophrenia.

It is a false perception or belief about any things. It cannot change by showing evidence. Such as a patients can think Snak to a Rouf.

It is sensory experience of patients that appears in real but it is created by patients mind.

Eg: Hearing Voice from outside which are actually not present.

Quickly or Jump form one unrelated tropics to another topics during discussion with others. Patients can be made new new words or pharse which have no actual meaning to us. They can talke with Word Salad.

Schizophrenic patients can have some negative symptoms such as, Alogia, affective flattening, avolition, anhedonia, and asociality etc.

How to Manage Schizophrenic patients

Prognosis of schizophrenia can very patients to patients. Some factor depend on the outcome of the diseases.

Consult with Psychiatrist near you for better prognosis of Schizophrenia.
See More:

Age-related macular degeneration It can usually be over 50 years old. The part of the retina from which the vision of the central part of… 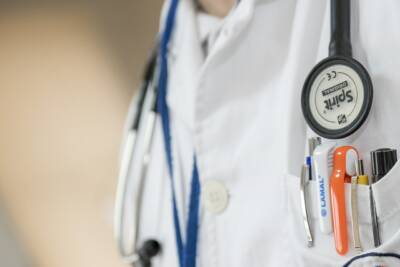 Diabetes and Ramadan 2022 guidelines What should a diabetic patient eat or not eat in Ramadan month? In today’s world, millions of Muslims fast during…

Diabetes : Type,Classification, Prevention, and treatment |an Overview of Diabetes What is Diabetes? Definition of diabetes: it is a clinical condition  characterized by persistent hyperglycemia…